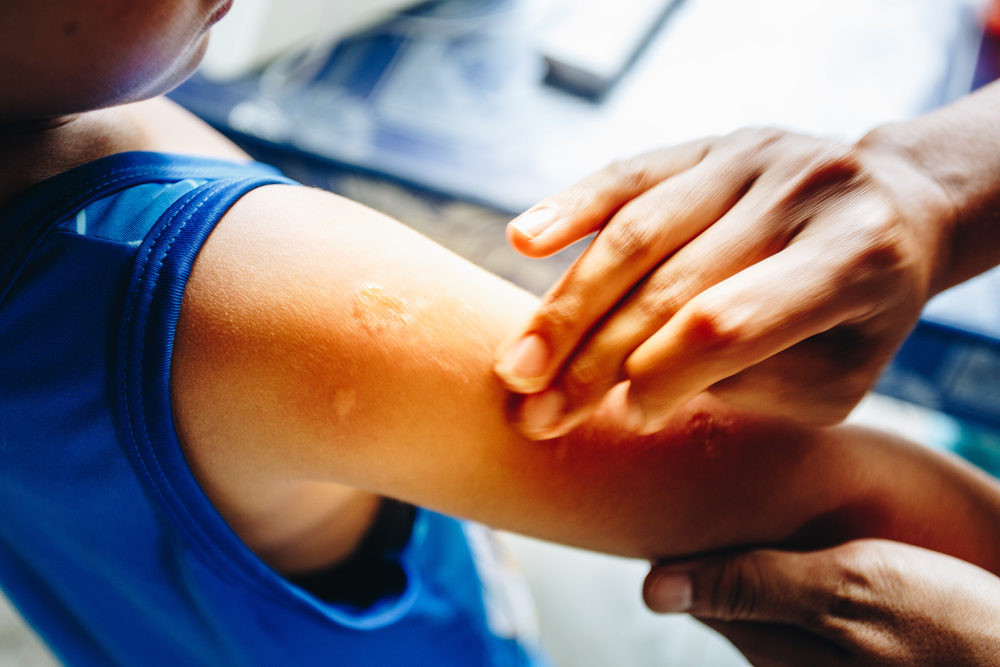 Summer is here, and she’s a warm one! While we’re all outside jogging and biking, getting together for BBQs and pool parties or a beer with buddies on the patio, it’s not just us humans that are relishing the heat. That’s right, the bugs are back.  If you stand still long enough while you’re out on one of Calgary’s many beautiful trails, you can hear them buzzing away.  And we know that with all kinds of bugs hanging out in swarms just outside our front doors, there are bound to be those looking to take a bite out of us. The best way to prevent bug bites is just to simply avoid all bugs, but with bugs outnumbering us a billion to one, we know this simply isn’t possible. So whether you’re dealing with mosquito, wasps, hornets or ants, here are the best home remedies to deal with the aftermath of being nibbled on.

If you were to take a vote among your peers, chances are mosquitoes would be right up there on the list of most annoying bugs. Not only do their little wings drive us crazy when we’re attempting to sleep, but they’re vampires too?! Lucky for us, most mosquito bite remedies are quite simple and can be found around the house. Baking soda is easily accessible in the kitchen and making a paste to apply directly to the bite will relieve and soothe almost immediately. The alkalinity of the baking soda has a cooling effect that will diminish the itch. If you’re more interested in an even simpler method of relief, a drop of honey on the affected area provides some anti-bacterial and anti-inflammatory reprieve that’s completely natural. If you want to go even simpler, try wrapping some ice in a washcloth and apply it directly to the swell.  Cool, huh?

It’s not uncommon to see people flee in the face of these miniscule monsters. Wasp and hornet stings hurt like the dickens. If you happen to be a victim of their angry rampage, try using vinegar on the swell. Because wasp and hornet venom is a powerful alkaline, using the acidity of the vinegar will neutralize the poison. Apple cider vinegar works just as well. In the case of bee or yellowjacket stings, which are acidic, use the aforementioned baking soda method to counteract the venom. If you’ve got some ginger handy, a fresh chunk to the area is also very relieving. If the stinger is left embedded in your skin, remember to remove it first before you apply any method of relief.

Hopefully you haven’t encountered the entire army, but if an ant does decide to pick a fight with you, try using vinegar to help with the itching. Vinegar, like honey, is a natural anti-bacterial agent and works just as well on ant bites as it does on wasp and hornet stings. If you have lemons or cucumber kicking around, both are terrific for easing itch and swelling and are also great garnishes for a strong drink to rid you of the pain! In all fairness, alcohol does have a similar effect when applied directly to the bite.

Bug bites are going to happen this summer, but as long as you have a few quick tricks up your sleeve and in your kitchen pantry, venturing outside should be the last thing on your list of worries. So go out and enjoy your jog or your pool party, and if the bugs try to mess with you, at least you’ll know how to fight the itch!