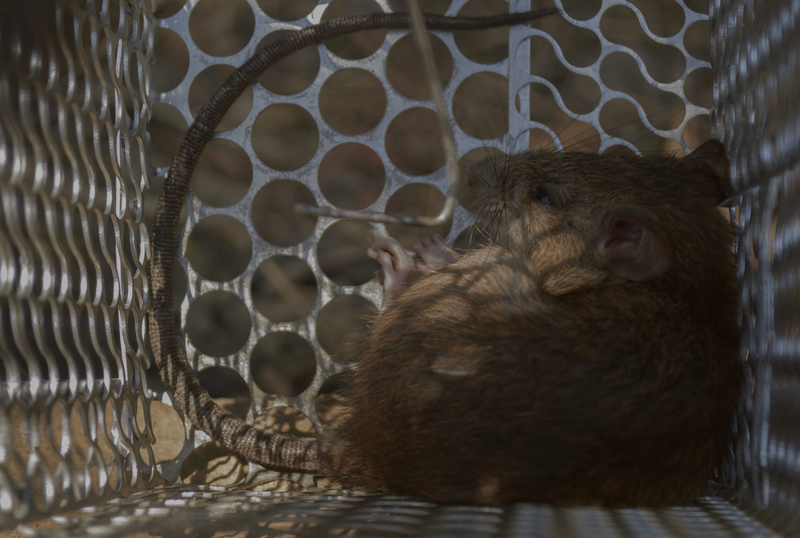 Rodents are up there on the list of most destructive pests, not just because of their ability to get into pretty much anything, but also for the damage they cause. They chew through electrical wires and walls, they make nests in the feed for our livestock, they invade our homes and our offices and they even camp out in car engines! Though mice and other small critters are a pain in our sides, rats in particular have got to be the most destructive of the rodent bunch. Not only do they contaminate huge amounts of our food, but rats also jeopardize sewers systems, water lines, the foundations of buildings and even city streets because of their insatiable love of tunnelling underground! It’s no wonder that Alberta instilled a carefully executed plan for rat control that is alive and well today! But have you ever wondered how Albertans have managed to keep our rat adversaries at bay?

Rats are not indigenous to North America and were first introduced around 1775 by hitching rides on ships that would dock along the east coast. From there, they moved westward across nearly the entire country. Rats don’t do well in natural environments and they therefore kept close to farms and cities where food and shelter were easily accessible. They were first sighted on the eastern Alberta border in early 1950 and would have made a name for themselves in our province if it hadn’t been for the rat control program that was implemented by the Alberta Department of Agriculture. The program was originally picked up by the Department of Health in the fear that these little horrors would spread plague and disease through Alberta, but it was later taken on by the Department of Agriculture as rats were disturbing mostly rural areas. Because of the lack of knowledge Albertans had when it came to rats, they needed the expertise of a private pest control firm. The private firm used mostly poison in the forms of tracking powder and arsenic to control the infestations from spreading westward. This gave the Department of Agriculture time to come up with a pest control plan that would protect the province from further rat invasions. In 1953, the government supplied rat bait and trained pest control inspectors to seven cities and towns neighbouring the Saskatchewan border. It took some convincing, but all seven municipalities got on board with the program and warfarin was instigated as the standard poison. Rat control became mandatory, thanks to the Agricultural Pests Act, and legal action was taken if this system wasn’t implemented. These seven cities are still responsible today for the majority of rat control in Alberta and not much has changed in how this pest control action is employed. A pest control inspector still takes on most of the grunt work and works closely with any municipality along the Saskatchewan border. Warfarin is used, usually mixed with rolled oats, and is distributed by the inspectors. This careful diligence has kept rats out of Alberta for over fifty years and we are one of the few areas in North America that can confidently say, “yes, we are rat free!”

Rats definitely haven’t been a problem for us for quite some time, but that doesn’t mean that their smaller, fuzzier cousins aren’t still an issue! If you suspect a possible rodent infestation, don’t hesitate to give us a call. We are happy to work with you to rid your home or business of any pesky critters!